A woman’s body is authentically designed by Almighty. Until adolescence, she is free from all the bounds of womanhood. The moment she reaches puberty she realizes her own responsibilities, respect, and dignity. The body is carved such that she can carry or eat the weight of three in her womb! During pregnancy, her body becomes flexible as to adopt changes accordingly.

Menstruation is the regular discharge of blood from the inner lining of the uterus through the private organ of a female. This begins when a girl is of twelve years until the age of menopause which varies. Menstruation or commonly known as period continues for five days. This occurs in a cycle of twenty – one or thirty days; varying from the body to body.

Menstruation is considered as “Taboo”.Taboo or hindrance in a normal routine. It’s considered as unhygienic and embarrassing. The menstruated girl or woman prohibited from any religious doing. Even the workplace of a woman – kitchen!She is considered as unclean and the blood impure. She is isolated in those days as untouchable.
Some religious practitioners condemn a woman who is bleeding and refrain from participation.

But some do not. The menstrual blood is not impure, it’s just the inner lining of uterus discharging which if a woman is pregnant serves as a cushion to a baby in the womb. It’s the requirement of a girl until she conceives after marriage.
Being a mother of two daughters, few taboos or prohibitions, I would like to bust when my daughters have their first menstrual cycle would be: A Woman Is Not Impure When Bleeding! She is as normal as anyone else on this earth and universe. Her blood is not impure but immaculate as offerings served in a temple. Because this blood nurtures an embryo in the uterus.

The menstrual cycle is a God-given process. The blood is a requirement for the creation of a new- being. Undoubtedly on the scales of hygiene, the stained clothes are unclean and unhygienic for the woman herself. But there is no concern in the religious participation.
On a personal level, the discussion is not needed among strangers or males, unless an urgency required.

But of course, as being a part of the society, the males should also be generous to lend a hand. No sports is a hindrance during those days unless a girl is comfortable.
A married woman should avoid mating as to avoid internal infections. A partner should be considerate and understanding.

As a woman, I proudly say that, Yes I Bleed! 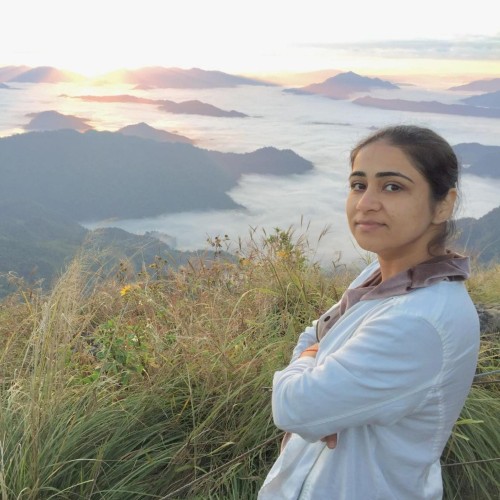 Gurmeet Chhabra
Gurmeet Chhabra is a home maker did her graduation in literature. Based out of Patna and currently residing in Bangkok, Thailand .She has been an excellent mother to her children and even a wonderful wife to her husband. Planning to expand her horizons in the field of parenting she now writes for “Allaboutkiids”. She has chosen a wide range of topics to write about and continues to peace and enjoyment within her children.
RELATED ARTICLES
Kids