The Magic Manual of Parenting

So often parents pull out their hair in frustration and begin to secretly wish for a magic troubleshoot manual that can guide them on the rocky road of parenting. In the process of growing up, undesirable behaviors grow amongst Siblings/Kids like sibling rivalry, untidy surroundings, unkempt appearances, refusal to obey elders and unhealthy eating habits, that make most parents cringe.

Parents must realize that children are like flowers, in the process of growing. Their job, Parenting,  is to teach them how to behave appropriately within the society. Judging a child’s behaviour based on adult’s standards is both inappropriate and unfair.

So often parents pull out their hair in frustration and begin to secretly wish for a magic troubleshoot manual that can guide them on the rocky road of parenting. In the process of growing up, undesirable behaviours grow amongst siblings/kids. Some examples are sibling rivalry, untidy surroundings, unkempt appearances, refusal to obey elders and unhealthy eating habits. Typically, such behaviours are less important than how parents respond to them.

An appropriate response would be to talk the child into behaving properly without damaging the child. Parents must realize that children are like flowers, in the process of growing. Their job is to teach them how to behave appropriately within the society. Judging a child’s behaviour based on adult’s standards is both inappropriate and unfair. Before you think of this article as yet another preachy lecture, I want to share with you two kinds of news.

The Not-So-Good-News: There isn’t any Magic Manual of Parenting. The Good News: You can create your very own Magic Manual

At the beginning of the 1900s, some super cool scientists began to study and realise human behaviour. They started creating and applying methods in order to better understand learning and behaviour modification in animals. Fast-forward 100 years, we are now armed with tools and techniques that can be easily customised to effectively manage children’s behaviours. Following are a few principles of behaviour which you can utilise to create an environment in the home that will properly direct and strengthen your children’s behaviour –

Positive reinforcement entails getting a pleasant consequence after performing a behaviour. When a positive event follows a behaviour, and that behaviour increases in frequency, the event is called a Positive Reinforcer.

For example, Kids value social reinforcers like praise and verbal encouragement from parents and teachers more than material reinforcers like money or gifts. They have long-lasting effects on maintaining positive behaviours in children. If your kid behaves in a desirable manner even 1 out of 100 times, you applaud his effort by praising and being happy thereby ensuring the strengthening of this behaviour in the long term.

For example, when you pay attention to your child behaving in an undesirable way, you’re unintentionally increasing the behaviour’s frequency. Instead, look for desirable behaviours and react in a positive manner. Avoid scolding children when they’re being unreasonable, instead, praise when they’re being rational and understanding.

For example, When parents are teaching their children how to save money, they start with reinforcing their first attempts at saving small amounts for shorter durations of time, later for longer durations and larger amounts, later for making small financial decisions and finally independently earning, saving and investing money. As each new target is reached, the child is no longer praised (or reinforced) for reaching the previous target.

When reinforcers are withdrawn or not available, people stop performing a behaviour. Extinction is the process of no longer presenting a reinforcer.

For example, Ignoring a crying child or a child throwing tantrums will let extinguish the behaviour. A word of caution here though- Sometimes even appropriate behaviour can be extinguished when it is desirable to reinforce the behaviour.

For Example, if a parent is busy with work when their child is playing productively and quietly and they do not attend to the child, there is a danger of extinguishing the child’s appropriate play behaviour.

When a behaviour is reinforced, it can be Generalized or may be applied to other behaviours.

For example, when you encourage your child for doing well on a particular test or activity, then he/she may not only work harder on the same subject or activity but also generalise this behaviour to other subjects.

Much Observational Learning takes place through observing and modeling the actions of significant adults in their lives.

For example, if you’re a parent who wants to inculcate good reading habits in your child without being an avid reader yourself, just pick up a magazine or newspaper and pretend, yes pretend, to read.  Children form strong associational patterns with parents, in turn, making them important models.

Therefore, by applying these basic principles of behaviour in your parenting approach you can easily restore the harmony in your family and strengthen the bond with your child. Happy Parenting! 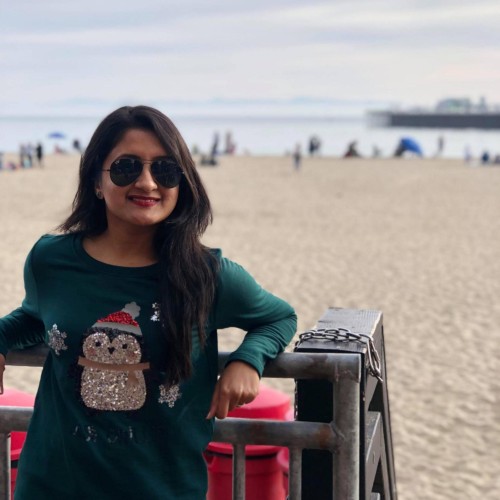 Poorti Srivastava
Poorti is a School guidance counselor with experience mentoring students from elementary to college level. She specializes in cognitive therapy, behavior modification and family therapy, among other integrative models of psychotherapy for individual and group counseling. She completed her MA in Psychology from the University of Delhi and specialized with an intensive PG Diploma in Guidance and Counseling from NCERT. After spending 3 fruitful years in a school setting, Poorti is presently pursuing an MA in Counseling Psychology, at the Santa Clara University, California, leading up to the prestigious Marriage and Family Therapy (MFT) License.
RELATED ARTICLES
Kids