Discussing the sense of entitlement in children

I went to a kid’s birthday party a few days ago. Along with mountains of food, there were the usual party games. I watched while the kids ran around and played musical chairs with squeals of excitement. At the end of the game, the winner proudly accepted her prize while we all clapped. However, the next minute, the child who lost was also given a prize much to my astonishment. Later, I asked the host why this was so? She replied that the child who lost shouldn’t feel bad.

I walked away feeling dissatisfied with the whole event. As I was chatting with my three-year-old daughter later in that day, I realised that this incident actually showed what was wrong with the current generation. We talk about how kids are growing up spoilt and with a sense of entitlement but aren’t we only responsible for this? In an attempt to prevent a child from feeling bad about losing a game, what we do is tell the child that it’s okay to not make an effort and do better. While the child who won ends up feeling that the effort was not worth it.

I am not one of those who pushes her child to come first but a little bit of healthy competition never hurt anyone. When I was growing up I knew that the rewards were equal to the effort I put in a task. I was never told that irrespective of my efforts, I would still get something.

As more and more parents are working and becoming busy with their lives, somewhere we end up giving our children an unfair sense of entitlement. As a result, when they go out into the big, bad world and face real-life challenges, they find themselves ill-equipped to deal with the same. A promotion denied or a percentage not achieved is enough to throw them into the deep recesses of depression, where they feel inadequate.

The childhood shapes the rest of a child’s life. As parents, we need to ensure that children not only understand that it’s okay to lose sometimes, but that it’s actually good to let others win also. This will encourage them to strive to be better while simultaneously making them magnanimous in defeat. Let the coming generation not be one to fall apart at the slightest stress. Let them not cross over to violence on being denied anything. And the only way to ensure this is by starting at a young age.

My daughter recently learnt the concept of coming first in school. All of a sudden everything became a race; from brushing teeth to gobbling down food. It was all about who would come first. If anyone else came first there were tantrums and crying fits. Till one day I sat her down and explained to her that it’s okay to come second too because it gives someone else a chance to come first. Now there’s still a race to do things first but the failure doesn’t result in a tantrum.

This is what our responsibility as parents is. You will always want the best for your child, but no one should grow up believing they are automatically entitled to it. 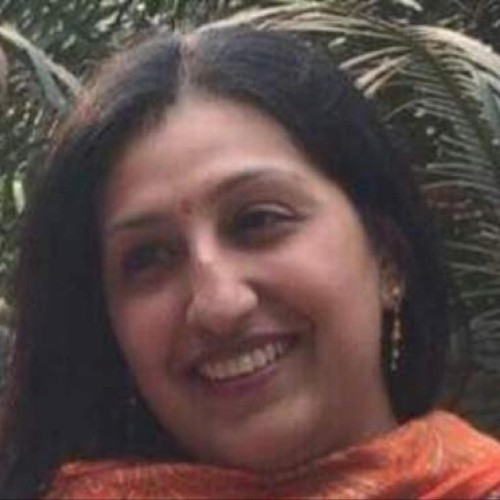 Aarti Natarajan Sharma
She is an Education Counselor with over 14 years of experience. She specializes in Career Counseling and Overseas Admissions across the globe. She has completed her Graduation from University of Delhi and Post graduation in English Literature along with a Diploma in Mass Communication. She has worked as Senior Consultant at University of Warwick.
RELATED ARTICLES
Kids